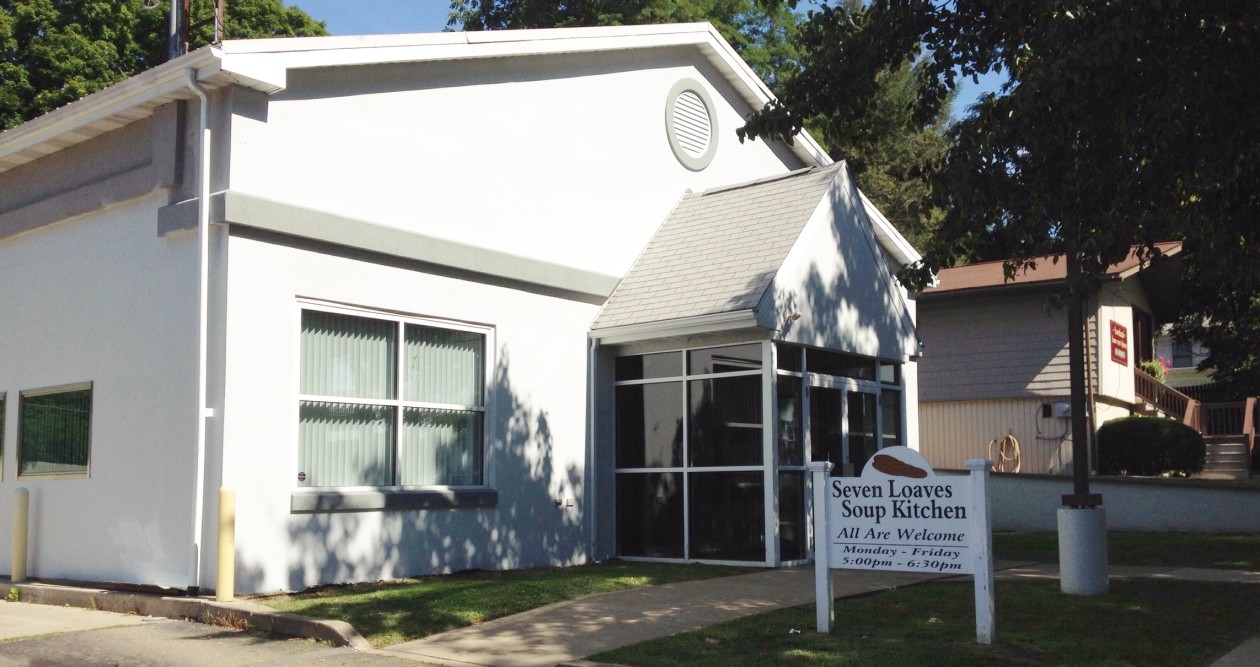 When Janice and Ed Shaffer opened the doors of Seven Loaves Soup Kitchen in Tunkhannock in September 2007, they were convinced of their purpose to provide a hot, nutritious meal for all in need.

“From the time we returned to Tunkhannock, we began  to hear from our friends and family about the need for a ministry like Seven Loaves, and some of the stories came from places you wouldn’t expect, teachers and others who work with children”, according to Janice.  “We heard that there were young children who came to school and just laid their heads down on their desks too weak to participate in normal morning activities. Whatever the reasons, we resolved to offer the public a hot evening meal.”  Janice, joined now by a few others, approached the Tunkhannock Ministerium with their concerns and their ideas. Interest grew and so did local people willing to volunteer. Local food stores and restaurants offered food from their surplus and local people gave donations from their abundance.  Since that September opening night, more than 198,000 meals have been served.